Henning completely updated all mechanical, electrical, and technology infrastructure of the building. City Hall was listed on the National Historic Register which made parts of the renovation particularly challenging. The majority of the renovation work was done behind walls with major updates including HVAC and building automation upgrades, fire sprinkler and alarm systems, and adding an elevator to meet ADA requirements.
Des Moines’ City Hall was first opened in 1912 and continues to serve as the center of government for the city. The three-story building exterior features granite and Bedford stone while the inside showcases Tennessee marble. Many of the original finishes were restored including; plaster, trim and paint, and the existing antique lighting. 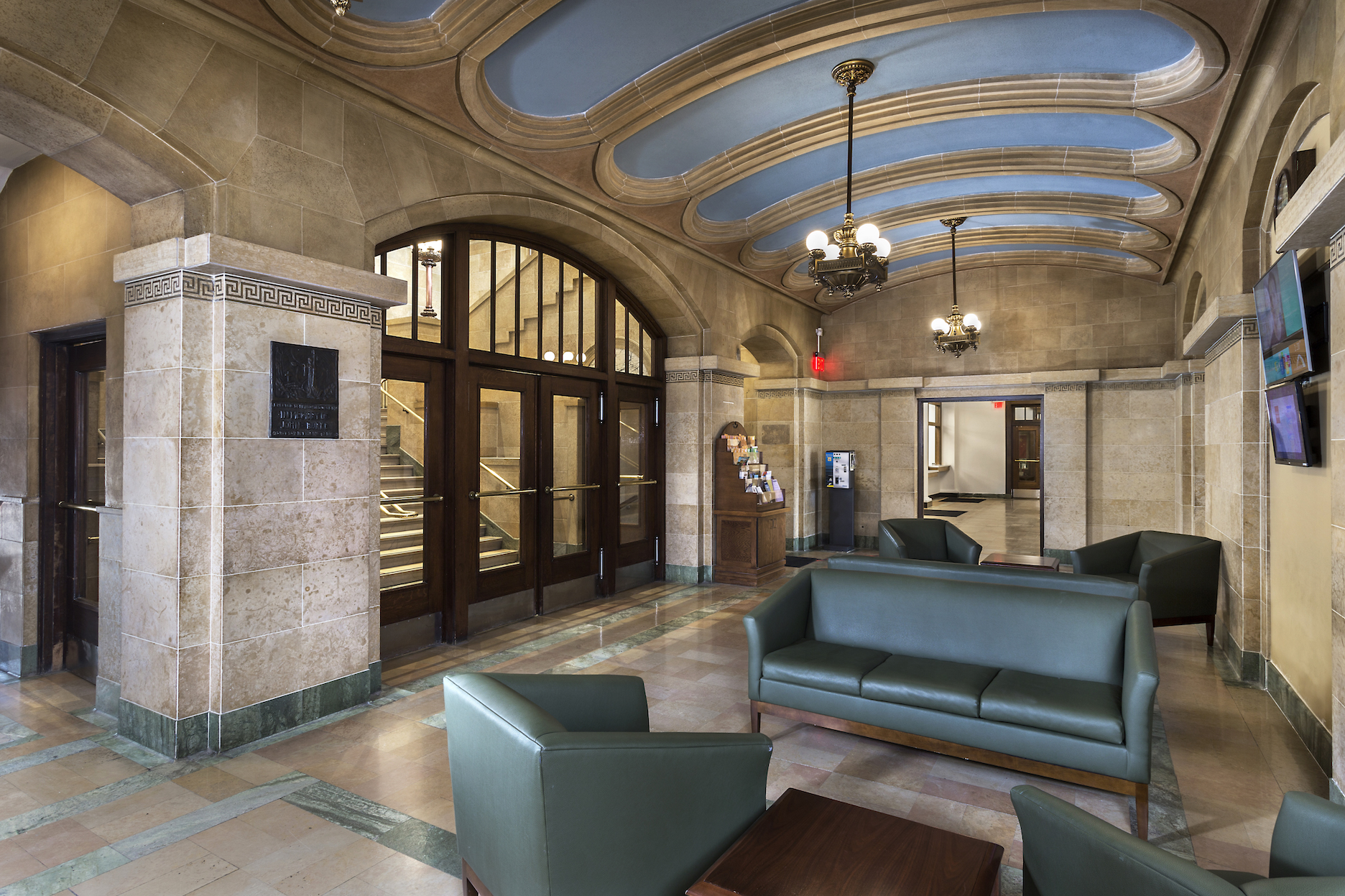